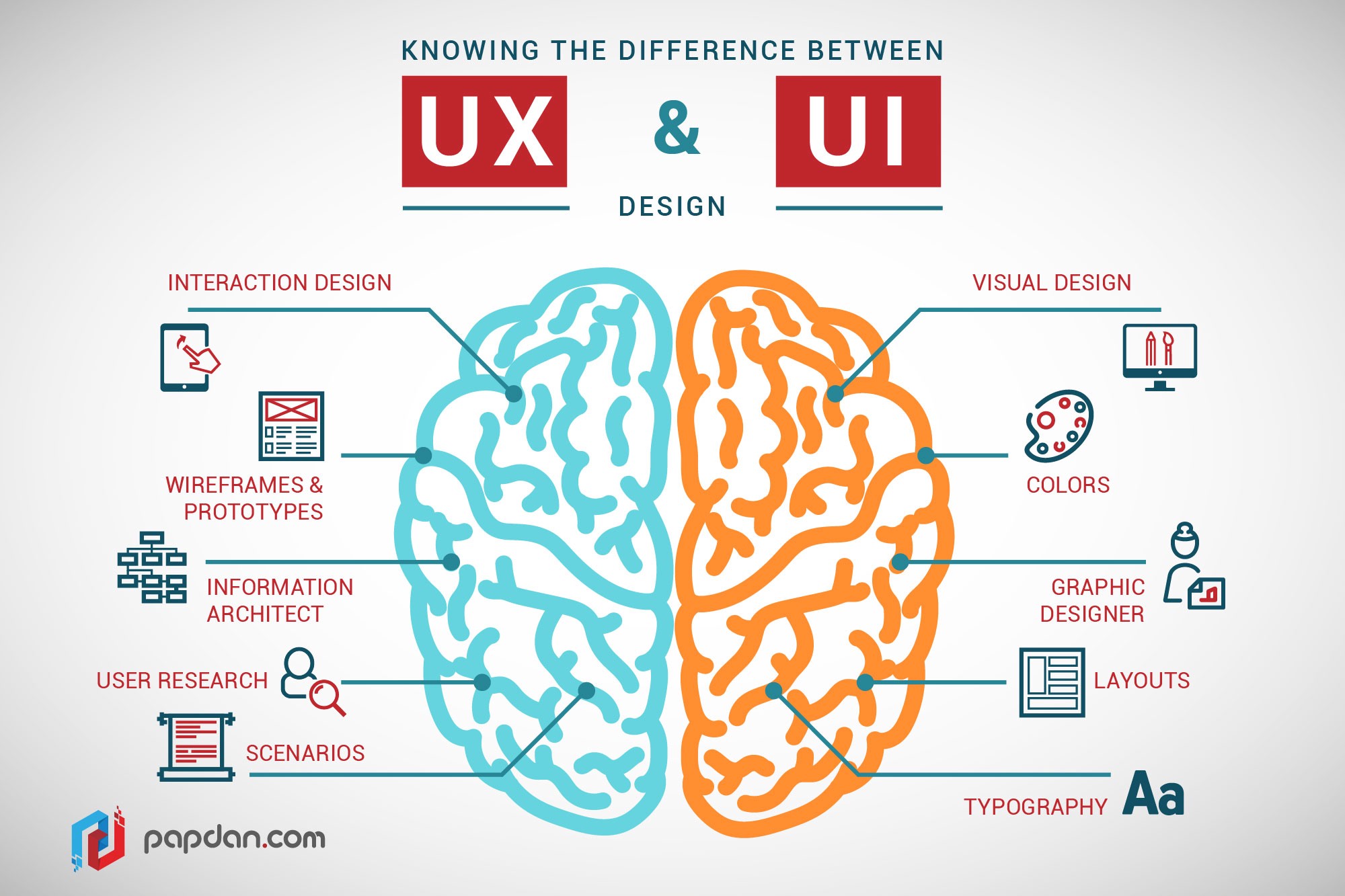 Design is a broad stream of subjects and isn’t limited to graphic design. When someone says “I’m a designer’, it is not immediately clear what they actually do day to day. There are a numerous pillars of responsibility which together holds design upright.

Job titles like UX Developer or UI designer have emerged as the future front of design roles. Its meaning is unfamiliar even to designers who come from other industries.

UX design refers to user experience design, while UI design stands for user interface design. Both of these are crucial to an IT product and need to work closely together. Despite being very integral to each other, the roles themselves are quite different, involving distinct processes.

UX design is a still a relatively new field, with many companies only just waking up to the fact that they need someone on their payroll if they want to succeed in attracting and retaining customers.

Part of the confusion might lie in the name: UX design. For many people, the word “design” is associated with creativity, colors and graphics, when really its true definition lies in functionality, as well as the process behind making products that provide a seamless experience for the people who use them.

UX designer’s job will probably seem mysterious at first (“Wait, you don’t make graphics?”) and confusing at best. (“Why is the new designer interviewing people?”)

Knowing who the target customers are, and how to make their experience with your product the most rewarding or ‘delightful’ it can be, is the responsibility of the UX design team. As such, ‘functionality’, ‘usability’ and ‘user adaptability’ ranks high in their priorities for the product.

UX designers are generally focused on development of digital products, but the theory and process can be applied to just about anything:

So, part marketer, part designer, part project manager; the UX role is complex, challenging and multifaceted. You see that iteration of the product, as connected to analysis or testing is indeed mentioned twice. But in reality you would put it in between every other item on the list. Ultimately the aim is to connect business goals to user’s needs through a process of testing and refinement towards that which satisfies both sides of the relationship.

A user interface is like a joke. If you have to explain it, it’s not that good. We all know that a plane can be flown from its cockpit. The UX to fly it is there, but the controls are arranged in such a way that it’s not intuitive — it has a complicated UI.

Creating a great UI is a challenge, especially because it has to be intuitive.

When asked in a research if people like Samsung phones or Apple phones, most people said that they like Apple. Even though both the brands have the same experience of a phone as a product, people largely preferred one over the other, why?

To the question why they like Apple phones better, the response was consistent and immediate: “I find the Apple phone much more intuitive.”

Interviewer’s response: “Interesting — could you give me some specific examples of how it is more intuitive?”

With this question, their glee turns to shock and horror as if to say “Of course, the Apple is more intuitive — how dare you question that!”

From this point, they would struggle to come up with some sort of answer, ranging from “it just is” to “it just works” to “it’s simpler” to “Apple apps have a more consistent look and feel.”

Apple’s UI is embedded in the UX so well, it doesn’t even feel like it’s there. The more seamless the UI, the more intuitive the product feels.

Adaptation to All Device Screen Sizes

Something that looks great but is difficult to use is exemplary of great UI and poor UX. While Something very usable that looks terrible is exemplary of great UX and poor UI. When you come to think of it, the above layman’s understanding isn’t entirely true from a user’s point of view. If either one of of UI or UX is poor, the user senses an inferior product. Which means, both UI and UX need to more than just great individually. It’s only when they blend together seamlessly does either of the two, and by extension the product, become great.